Envisage the electrical grid 25 years in the future.  It runs at least 90% on renewable energy, and itself runs most transportation as well as much building heating and cooling.  Fossil fuels are largely out of the picture in a world powered by sun, wind, waste and water.

This is what Evergreen College’s Center for Sustainable Infrastructure (CSI) and its director, Rhys Roth, have done with their latest report, Rewiring the Northwest’s Energy Infrastructure – A 2040 Vision.  The vision has a solid base. Roth put the question, “How can the Northwest build one of the world’s most sustainable, resilient, and affordable energy systems by 2040?” to 33 energy influentials including regulators, analysts, utility executives, public interest advocates and public agency leaders.  His synthesized results were reviewed and refined by a 20-member expert team.

CSI was founded in 2014 to forward a crucial paradigm shift – Infrastructure investments lock in long-term commitments, so a long-range integrated infrastructure strategy is needed to ensure that the most economically, environmentally and socially productive investments are made. The center’s 2015 launch report, Infrastructure Crisis, Sustainable Solutions: Rethinking Our Infrastructure Investments, lined out 25-year infrastructure goals in five areas.  Energy is the first follow-on report.  Next will be water. Transportation, recycling and overall performance are coming. 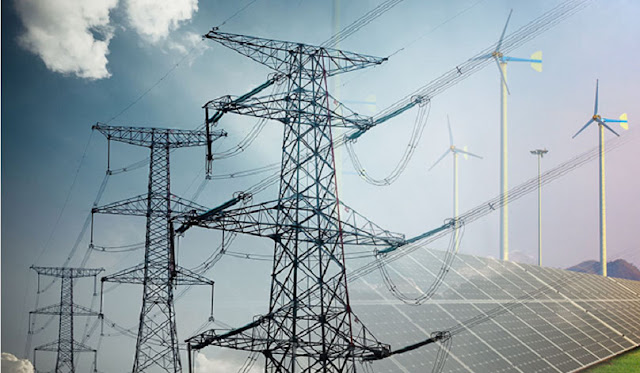 CSI’s approach centers on breaking down silos between infrastructure sectors in order to achieve optimal results. The energy sector exemplifies the challenges and opportunities of silo-busting.

“Seismic changes are coming to an energy system now broken into discrete silos and little changed from a century ago,” Roth says.

In the 1880s the first power grids and auto internal combustion engines were deployed.  By the early years of the 20th century, Edison’s original DC grid based on small local power plants was supplanted by George Westinghouse’s AC network of large centralized generating stations and long distance power transmission.  Also around then, an early contest between steam, electricity and gasoline internal combustion was settled in favor of the latter.  By 1916, 100 years ago, the system we have today was largely consolidated.

Today, new technologies are disrupting the system, and re-opening those old competitions.  The rise of competitive wind and solar generation creates a mix of centralized and distributed power. Microgrids resembling Edison’s are coming into play. Electric vehicles are back, and the production ramp-up is driving down battery costs.  That is making use of variable renewable energies more practical overall. At the same time, new digital technologies are infusing the entire energy system, creating a smart grid capable of coordinating a network of many power sources with smart buildings and vehicles. Consumers are gaining new tools to generate power and manage demand in coordination with the grid, thus becoming players in the system.

Electrification of everything is a big part of this picture.  Today 25% of U.S. energy is consumed in transportation. The vast bulk comes from oil. That is changing. Not only are cars and light trucks being electrified, but also buses and trains.  Buildings and industry represent over 40% of U.S. energy use, and much comes from natural gas and oil. But electric-powered heat pumps are in increasingly wide use.  Waste heat harvested from sewer systems is also coming to the fore.  One non-electrified source, solar hot water, is also expected to grow in importance.

The new CSI report is resonant with other studies that conclude it is practical to move to an energy system that is 100% renewable in all sectors, or near to it, over the next several decades.   Prominent among those is work done by Stanford engineering professor Mark Jacobson and his team.  Their scenarios for states and nations can be found at The Solutions Project.

For a climate heated and roiled by fossil carbon pollution, all this is extremely good news.  “Climate disruption will be a powerful driver to reduce carbon fuels and improve infrastructure resiliency,” Roth writes.  “Dramatic cost drops in renewables undermine the argument that a move to low-carbon sources will drive radical cost increases.”

The Northwest is well positioned to lead this energy revolution.  The report quotes smart grid pioneer Terry Oliver, chief innovation officer for the Bonneville Power Administration:  “Fundamentally we’ve got the pieces in place to go carbon-free, starting with a huge hydro system that provides some reasonable flexibility. Our wind resource is perhaps 30% built out – there’s still a great deal of wind potential and the very best areas haven’t been tapped because they don’t yet have transmission. We’ve only barely begun to adopt solar photovoltaic.”

In this rapidly changing vista, utilities face both threats and new opportunities.  “Without fundamental changes in the utility business model, erosion of revenue from new customer investments could create serious challenges,” Roth writes.

“A lot is being said and written about dim prospects for electric utilities as previously passive customers gain new tools to produce and manage power on-site that save money and reduce the bills they pay utilities,” the report says “But this paper presents an optimistic story for electric utilities which will have a different but essential role to coordinate and manage the electricity ‘backbone’ that underlies much of the infrastructure investment that the Northwest needs . . . “

One of the report’s key recommendations is for a new compact with utilities. Its call to “rethink renewable energy mandates and incentives” has some potentially provocative aspects.  “State laws, such as Renewable Portfolio Standards and net metering, have been grafted onto the existing system to essentially force utilities to buy new renewable energy – a reflection of the strong popular support for clean energy that have indeed proven effective in increasing renewable energy development. But these policy mechanisms may not be the most effective way to get the desired results affordably.”

The compact Roth advocates would set goals for utilities and reward performance.  It would also call on utilities to treat energy efficiency, distributed generation and demand management on a level playing field in resource planning. Utilities would be encouraged to take on silo-busting projects.

In Roth’s view, it all comes together at the state government level.

“State leaders possess a vantage point above silos of electricity, transportation, and heat, and thus are in the best position to coordinate revamping of energy investments and policies,” he writes. “States must act as chief conveners bringing together key stakeholders to shape strategies and agreements . . . States must work together to build regional collaboration that advances the Northwest vision.”

Roth calls for a State Infrastructure Strategy to act as a “silo-busting platform to consider whole systems and identify integrated solutions. The strategy would create system-wide goals and metrics to align utility investments.  It would also, “Remove barriers to non-utility energy investments that align with goals – Ensure utilities pay-for-performance based on actual value private systems contribute to the larger system.” The strategy would direct state clean energy in areas where markets are leaving gaps or not moving fast enough.

For regional planning, Roth suggests a major overhaul in the region’s electricity planning agency, the Northwest Power and Conservation Council:  “As we enter a new era of integrated solutions that dissolve boundaries between electricity, transportation, and heating silos, we may need to update the Power Council mandate.  Alternatively, states could establish a new agency, modeled on and collaborating closely with the Council, dedicated to optimizing the whole energy system.”

Non-integrated thinking is perhaps our greatest challenge globally.  The world institutionally acts as if it is still that world of a century ago, when technologies were less complex, fossil fuels were seen as an unremitting good, and climate was taken as a given.  We can no longer afford such thinking, and need to begin unifying the picture of where we are and where we want to head.  We need large, ambitious, long-term goals that move us beyond business as usual to meet the huge challenges we face. That is the point of the CSI energy 2040 report. It should gain a close reading by everyone engaged in climate and energy issues.  It is a needed vision.