This is a supplement to my three-part series on Colin Woodard's American Nations: A History of the Eleven Rival Regional Cultures of America.   Here I correlate Woodard's map of the "American Nations" with Clean Edge's 2014 U.S. Clean Tech Leadership Index. 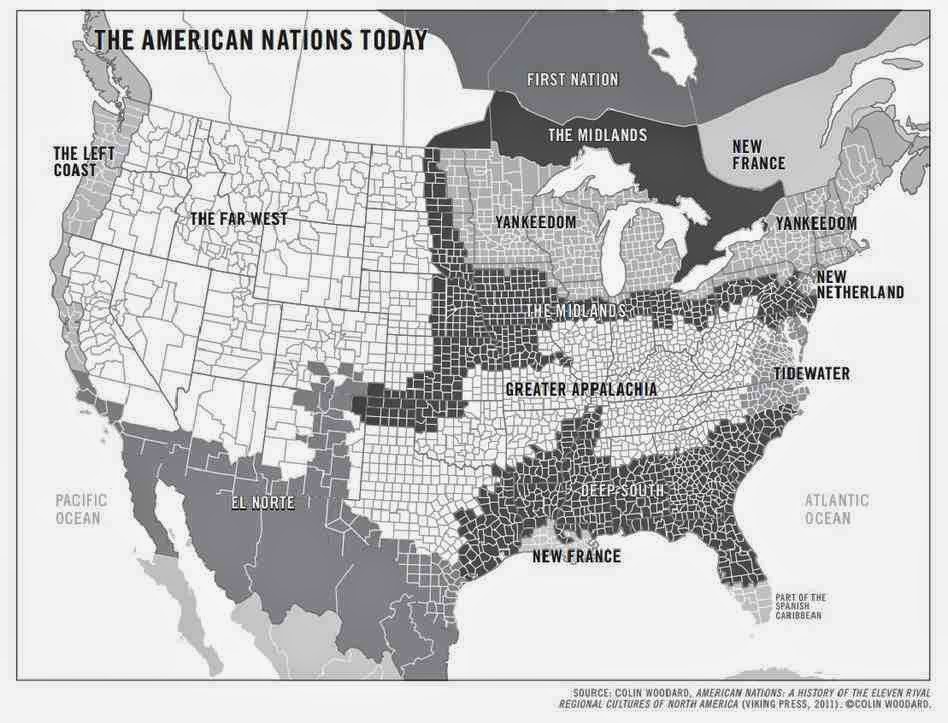 Then let's look at the state leaders. The darker the color the more advanced their leadership.   Notice the leading states all overlap with the four climate-friendly “nations.” The top states, California and Massachusetts, are either entirely or largely with those nations. 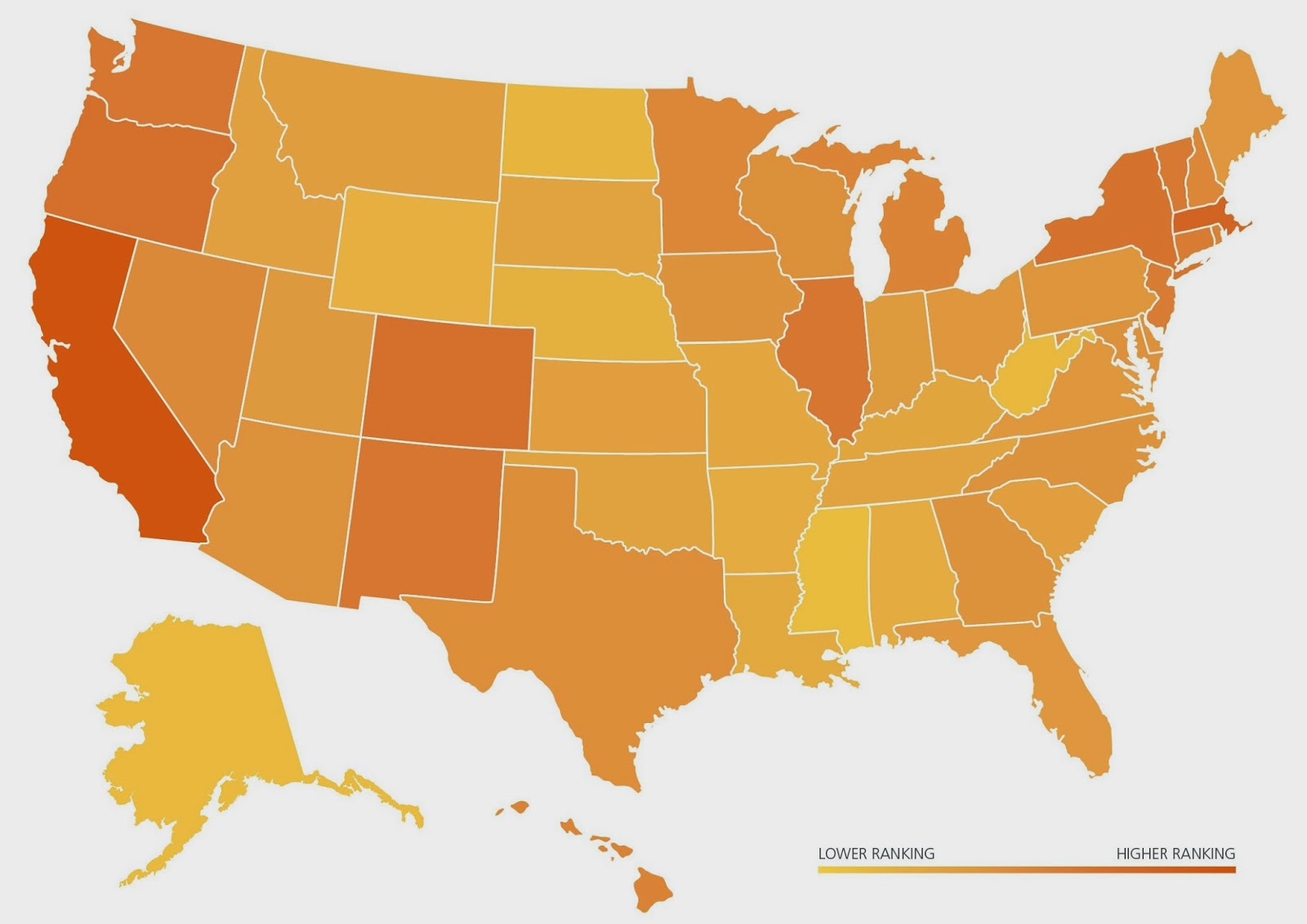 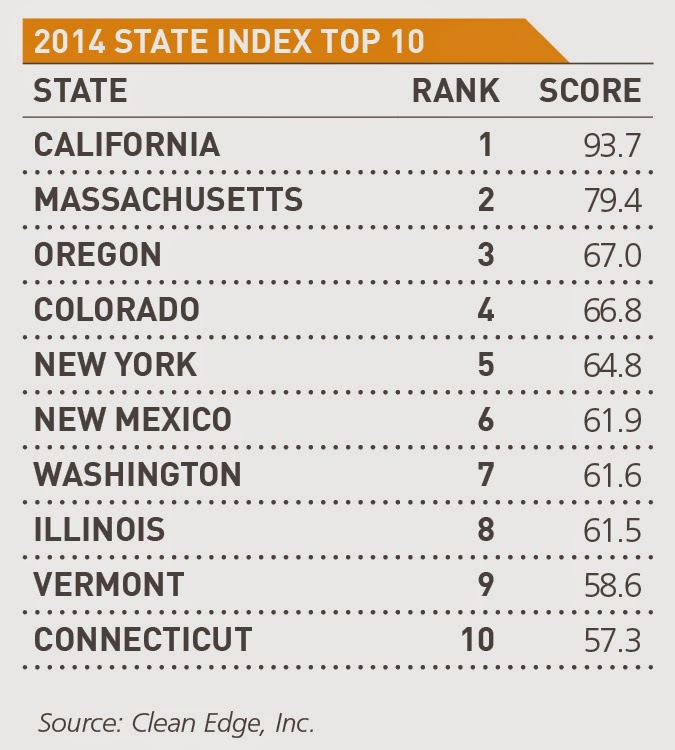 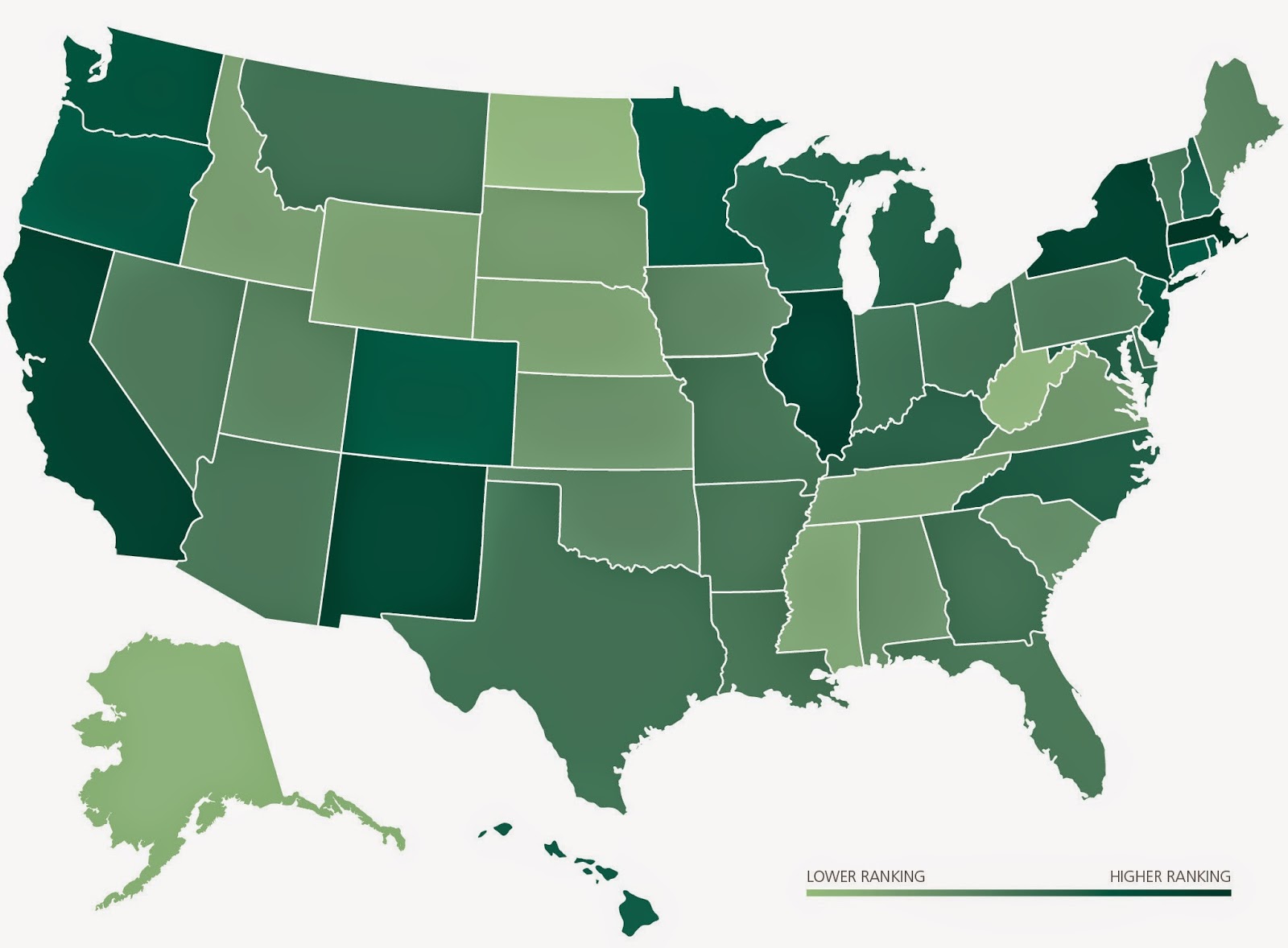 Metropolitan clean tech leaders are also highly correlated with the four climate-friendly "nations."  The concentration of leaders on the coasts is a stand-out.  There are several outliers among the top 10.  DC, part of Tidewater, is the nation's capital and a center of technology funding.  Denver, in Far West, is a center of federal clean tech R&D, resulting in many spin-offs.  Austin is the exceptional city in Texas in many ways, though Houston and Dallas are not far out of the top 10, another legacy of long-term federal R&D spending. 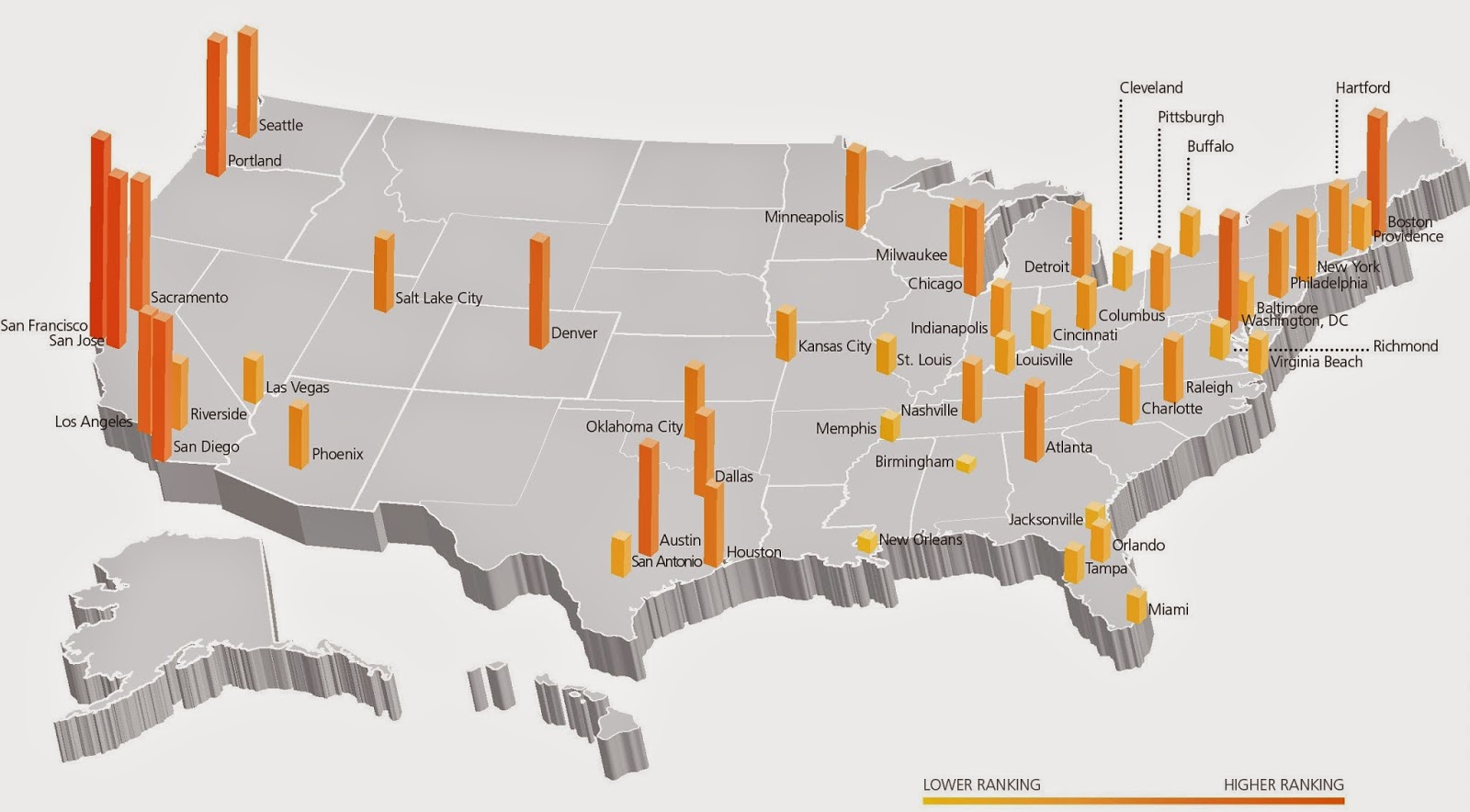 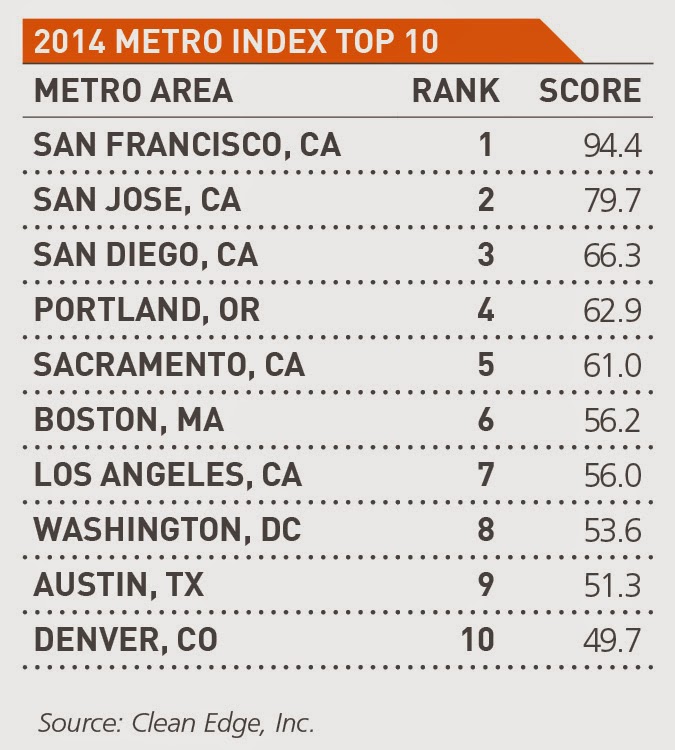