When Jay Inslee was elected governor of Washington in November 2012, euphoria swept over the state’s environmental and climate community.  Finally a governor who would make climate one of his priority issues!

In the wake of the 2015 legislative session the mood could not be more different.  Not only was the governor’s carbon cap-and-trade bill turned back, failing to gain even a vote in the Democrat-controlled House let alone the Republican Senate – A transportation package with a "poison pill" stripping out funding for alternative to the automobile if a low-carbon fuel standard is implemented also empowered one of the largest highway building binges in state history. 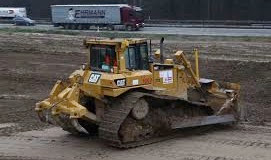 Road construction and paying off the bonds to fund it swallowed $11.6 billion of a $16.1 billion package.  A state challenged to maintain its existing roads opted for massive growth of new highways while allocating only $1.3 billion to maintenance and a paltry $657 million to alternatives such as bike lanes, van pools and transit over the 15-year life of the package.  The big goodie for environmentally minded legislators was the option for Puget Sound voters to approve a $15 billion expansion of Sound Transit light rail on the November 2016 ballot.  Even with the eventual carbon reduction benefits of light rail, once the embedded energy and carbon entailed in construction is paid off, all those new roads will swamp state carbon reduction goals. Highways induce driving, as this study from Victoria Transportation Policy Institute demonstrates.
Thus not only were Inslee, described as the “greenest governor,” and his environmental community supporters turned back from making any climate gains – They put their political power behind a measure that will actually increase state carbon emissions.

Through the session Inslee and environmentalists worked against a transportation package “poison pill” cleverly devised by Senate Republicans and their oil industry allies.  Money for transit and alternatives to the auto could be diverted to highways if Inslee used his executive power to implement a standard calling for a 10% reduction in the carbon intensity of fuels.  (Highway use would have to be approved by the legislature.) California has such a standard and one is going into effect in Oregon.  (A legislative attempt to turn the Oregon standard back was defeated in a mirror image to Washington.  Legislators were willing to forego a gas tax increase and new highway construction to preserve the standard.)
But ultimately, the draw of an 11.7-cent gas tax increase conceded by the Republicans, new road construction favored by business, labor and ports, and Sound Transit funding, caused Inslee to back down.
“I oppose (the ‘poison pill’) and have worked hard to find a better alternative,” Inslee said. “But legislators tell me it is essential to passing the $15 billion multimodal transportation package and authorizing an additional $15 billion for Sound Transit light rail expansion. I will sign the bill even with this provision because of the jobs, safety improvements and traffic relief that the investments would provide.”
The environmental community still stood in opposition, but only to the “poison pill,” not to highway expansion.  They were willing to sign off on new roads to gain transit funding.  Emails sent by both Washington Environmental Council and Climate Solutions contained the same language.
“As you might have read, yesterday an agreement on the transportation budget was announced that would allow the ‘poison pill’ to stand—pitting transit funding against a clean fuels standard . . . Let’s be clear: we need more transit funding AND cleaner fuels. Let our leaders know that you don’t agree . . . Let them know that you want to move forward – away from Big Oil’s monopoly over our fuels and transportation options – and that means clean fuels and transit.”
While most of the environmental community backed Inslee and the bill, "poison pill" excepted, the exceptions were Sierra Club, WASHPIRG, 350 Seattle and former Seattle Mayor Mike McGinn.  They formed a coalition against the bill even before Inslee’s cave-in on “poison pill.”
350 Seattle sent this message to its members. (Full disclosure – I sit on the 350 Seattle governing Hub.)

“The transportation package now moving though the Legislature would commit us to a future based on a dirty, climate-devastating fuels while squandering public resources we need to build a post-oil transportation future.

“State lawmakers are saying the transportation package is essential for maintenance and safety, but repair and maintenance are being shortchanged to satisfy corporate interests pushing highway mega-projects.  Legislators are holding transit, walking, and biking funds hostage – threatening to withhold funding for these essential needs unless the highway lobby gets its way.

“We stand at a crossroads.  We can accept a transportation package that locks in global warming, or insist on a clean energy future.”

In the end, the governor, legislators and mainstream environmental groups such as Washington Environmental Council and Climate Solutions went along with the highway lobby and global warming lock-in.

How did this happen?  I believe it goes to a theory of change that does not envision or work for the deep social and economic transformations needed to truly address the climate crisis.  Instead of building demand for systemic change from the bottom-up, by real community organizing and public education, it works from the top-down.  Elect good politicians.  Preserve access. Work for incremental reforms that at best fall short of the scientific necessities for climate stabilization.  Hope and pray we can eventually gain the political power to do the job that needs to be done.  Meanwhile cut the deals that we must.  Even if the final outcome is irrational and moves us backwards, as has been boldly underscored with the transportation package.

Sure, this session, Washington Democratic Party politicians and closely allied environmental groups can blame the Republicans in the Senate and Big Oil for their climate policy defeats.  And certainly this is the immediate cause.  But the deeper problem is the lack of vision for the depth of actual change that will be required, the lack of courage to put out that vision, and the lack of strength on the ground, the kind of people power rooted in actual local communities that can make the difference in elections and hold politicians’ feet to the fire to support real change after they are elected, Democrat as well as Republican.  This is what has landed us in the sad political shape we find ourselves today.

In the Washington legislative session just ended climate was roadkill, thrown under the road builders’ bulldozers by the governor and Democrat legislators, enabled by their environmental community allies. This should tell us all we need to know about shallow theories of change, and move us to work for something deeper.
Posted by Patrick Mazza at 12:34 PM